Orange mold differentiates itself from other species of mold in more ways that just color. They are best known for their characteristic appearance, and their ability to creep (move slowly).

Orange slime molds are single-celled organisms that were once thought to be animals, then plants, and then fungi. However due to DNA studies, they are now believed to be closely related to protozoa. As a result, Orange mold belongs to the kingdom Protista rather than fungi. It usually manifests itself as a spongy, slime mold. It is also commonly referred to as the “Dog Vomit” slime mold. Other species of mold can also be orange, for example Fuligo septica, and Aleuria Aurantia.

Similar to other types of mold, orange mold grows in the presence of moisture, oxygen, and a food source. However, unlike other species of mold that are apt to grow on a variety of organic materials, orange slime mold is commonly found on wood. Other than being aware about orange mold, it is also equally crucial to know how each mold color differs from others. We highly suggest you set aside the time to read about that as well.

What Is Orange Mold

Orange mold is a variety of slime mold, and while orange is its primary color, it can sometimes have a pinkish or reddish hue.

Most species of mold will have a furry outer appearance where-as orange molds are easily distinguishable due to their slimy, spongy consistency at the initial stages of their development. As they reach maturity, orange molds  will dry and adopt a crusty appearance.

Orange mold is a member of the kingdom Protista and not Fungi. The primary difference is that orange slime molds are acellular masses of naked protoplasm, as opposed to fungi which are threadlike filaments of eukaryotic cells known as hyphae. Slime molds grow and can even move by “creeping.”

At one point in history, these organisms were actually regarded as a distinct species of animal and then plants, and then fungi.

They are now classified as eukaryotes that consist of single-celled or multi-cellular plants and animals whose cell contains a remarkable membrane-bound nucleus.

How to Identify Orange Mold

While they share similar properties, orange mold is a slime mold and not a fungus mold. It can be identified through its distinct appearance and texture.

When pressed, orange mold tends to be moist to the touch and then turns into a hard crust. However, upon dissecting the mold, the inside is usually black.

When you want to remove orange mold, experts recommend doing so in such a way so as to prevent the black spores inside from spreading. The best way to do that is to wait for it to solidify.

Molds are incredibly diverse. They can come in a wide range of shapes, textures, sizes, and colors.

While most orange mold refers to slime molds, “orange mold” is a blanket term used to refer to mold species that are orange in color.

This type of mold is often orange in color, however it can also be white, gray, and pink. If the mold has been able to metabolize a substrate for an extended period of time it may even have a powdery texture.

Acremonium is potentially toxic if ingested. It is considered pathogenic and is opportunistic in individuals with compromised immune systems.

This type of mold tends to grow inside drywall and insulation.

Otherwise known as ‘Dog vomit slime mold,’ this type of orange mold is usually found outdoors on the ground, growing on wood and mulch piles.

They are generally regarded as harmless to healthy individuals but can trigger asthmatic symptoms other allergic reactions.

This is a type of orange slime mold that belongs to the Trichiida order. They  are commonly found as fruiting bodies on wet and decaying trees.

Where Does Orange Mold Usually Grow?

Just like all other types of molds, orange molds grow abundantly in wet and moist conditions. They are mostly found outdoors, growing on trees and plants, and can grow well on decaying woods and in mulch piles.

However, some orange mold species are common indoors, too. They are commonly found in the bathroom, shower, laundry room, and in poorly ventilated kitchens.

How Dangerous Is Orange Mold?

Orange molds are often found growing in colonies alongside other types of molds, such as black mold and the green mold.

Contrary to what many people believe, molds do not affect everyone in the same way. Different types and colors of mold have varying effects on individuals depending on factors, such as the length and severity of exposure and whether or not the person has an existing health condition.

Orange molds may be one of the most visually unsettling types of mold, however they are generally not considered life-threatening to otherwise healthy individuals.

Orange molds can also cause food spoilage and can quickly spread to other stored foods. At the same time, orange mold, which is known to thrive frequently on wood, can cause significant structural damage.

Orange slime mold has a lumpy appearance, which many people associate with vomit. They are generally far more unsightly than hazardous.

As they spread on a surface, black spores living inside them are released into the air and can be inhaled easily. If you are exposed to a large number of spores and you have unknown sensitivity to molds or have an underlying condition that causes a weakened immune system, it could lead to health issues, ranging from serious skin itching, eye infections, asthma attacks, and respiratory infections. 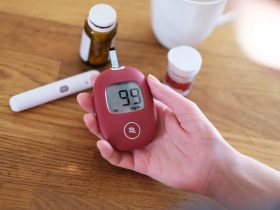