Diabetes is a relatively common metabolic disorder characterized by a high blood glucose level for a long period of time. This disorder is due to an issue with the regulatory hormone insulin which then impedes glucose availability to the cells in the body.

People clinically diagnosed with diabetes have been reported to crave sugar from time to time, particularly when their blood glucose is low. Although this may be debatable whether the craving is due to the pathophysiology of diabetes itself or due to a more a psychological cause.

This article will detail key concepts such as diabetes and blood glucose. It will also explain whether people with diabetes do crave sugar and if craving sugar is a symptom of diabetes.

Blood glucose, or blood sugar, is simply the amount of sugar in the blood. Sugar is a relatively vague term when talking about carbohydrates, but for this article, sugar will pertain to glucose – the primary form of carbohydrate the body utilizes for energy production and other cellular processes.

Two hormones are especially involved in blood sugar: insulin and glucagon. Both of these regulatory hormones are produced in the pancreas and while they have numerous functions, these two primarily regulate carbohydrate metabolism.

Insulin promotes cellular uptake of glucose. When a sugary food is digested and broken down, glucose is absorbed into the blood where they can circulate in the body and go where they are required. With properly functioning insulin, most of this glucose will be transported and absorbed by fat cells, the liver, and the skeletal muscles.

Insulin also activates a certain process when blood sugar levels are getting high. This multi-step process is called glycogenesis, and this involves numerous steps and enzymes to ultimately convert glucose into glycogen – a branched carbohydrate that serves as an energy reserve for the body.

During times of low blood sugar or intense physical activity, the body corrects this by using glucagon. In a way the opposite of insulin, glucagon signals the breakdown of glycogen back to glucose in a process called glycogenolysis.

These two hormones make sure that the blood sugar levels in the body remain at a level that the body needs, and an imbalance in even just one of them can have serious consequences. Diabetes is an example of such a condition.

Diabetes, or diabetes mellitus, is a metabolic disorder characterized by prolonged periods of high blood sugar and it is caused by the body having issues with insulin.

There are two main types of diabetes: type I and type II diabetes. Both are conditions with issues regarding insulin but there are key differences between the two.

Type II diabetes is the form of diabetes wherein the body develops a sort of resistance towards insulin. Causes include genetic and environmental factors as well, but cases of type II diabetes have been correlated with the increase in obesity.

Insulin resistance appears to be a result of the body not being able to keep up with blood sugar regulation. The amount of insulin the body can produce is insufficient to lower blood sugar levels.

Basically, the body of a diabetic cannot control blood sugar, and this causes several problems.

Both conditions are medically regulated by insulin and lifestyle monitoring is highly recommended.

Is Craving Sugar a Symptom of Diabetes?

By itself, craving sugar is not necessarily a symptom of diabetes.

The most common cause for craving sweet food is a skipped meal. Since sugar represents the body’s preferred source of fuel, the body triggers a craving for sugar when hungry – especially for people accustomed to high carbohydrate meals.

Additional to skipping meals, people in diets also report significant cravings towards sugar and sweet food. The reasons for these cravings are similar to those who have skipped meals wherein the body is not getting enough calories and is in demand of its accustomed fuel of choice.

Stress can also cause sugar cravings. Stress is a period in which the body is at an emotional, mental, or physical tension. During this period, hormonal imbalances can trigger events that would cascade and eventually lead to the desire to eat sweet food.

Sleep can also be a factor towards craving sugar. A 2018 paper published in the American Journal of Clinical Nutrition studied the effects of sleep on sugar consumption. With 42 healthy adult participants, one group was instructed to increase their duration of sleep by 1.5 hours and was given good sleep habit tips while the other group was not instructed in any way. It was found that the treatment group lessened the amount of sugar in their diets the days after getting heavy sleep.

A similar study was conducted with a significantly greater number of respondents with almost 500 women between the ages of 20-76. The study found women who reported less or poor-quality sleep consumed more sugar in their diets.

Especially with the most common form, which is type II diabetes, people diagnosed with diabetes have already lived lifestyles consuming high amounts of sugar even before the diagnosis. So, this might be a problem of which caused which: did diabetes cause sugar cravings or did sugar cravings cause diabetes.

There are studies showing that people diagnosed with diabetes have reported higher frequencies of craving for sugary food.

A 2010 study published in the journal Appetite looked at pregnant women and gestational diabetes mellitus, a type of diabetes that is first recognized during pregnancy.

A 2004 study from Physiology and Behavior studied 13 adult males with type I diabetes. The study showed that inducing hypoglycemia in the participants caused an increase in cravings for food particularly high in carbohydrate content.

While these are just a few of the many studies reporting the association of diabetes with cravings, there are also studies relating how sugar craving is a psychological issue and not a pathophysiological one caused by diabetes.

The American Psychological Association stated that more psychologists should work hand in hand with medical physicians treating diabetes patients. They say diabetes can burden a person with a prescribed lifestyle that they themselves may not necessarily enjoy and that this can cause a person with diabetes to have a different relationship with food as other people would. Eating sweet food can surpass the simple need to increase blood sugar.

Furthermore, sugar has long been known to induce certain hormones in the brain. Particularly dopamine, endorphins, and serotonin – hormones involved in happiness, pleasure, motivation, and desire. Sugar addiction can become a real issue and it is acknowledged by multiple health and addiction organizations.

Diabetes has been popularly associated with cravings for sugary food. However, it is not yet fully discussed whether these cravings are caused by diabetes itself.

While people diagnosed with diabetes cannot regulate their blood sugar levels, they can have some sort of oversight through medication and lifestyle. 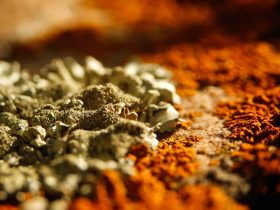 Orange Mold Explained: What is it and is it Dangerous?