Historically, detecting pregnancy in women involved different methods that were highly associated with cultural beliefs (e.g., Egyptians had women urinate on wheat and barley seeds – whichever seeds sprouted indicated the baby’s sex). Fortunately, modern advancements have allowed individuals to detect pregnancy from the comforts of their home within minutes. Most women would first suspect pregnancy upon their first missed period, but that time period can vary depending on when their last period was relative to conception. From conception to fetal implantation, how early can a gyne detect pregnancy?

A blood test taken at a gynecologist’s clinic can detect pregnancy as early as 3-4 days after implantation or 10-11 days after fertilization. A blood test is the earliest and most accurate test to confirm pregnancy. Comparatively, home pregnancy tests are often recommended to be used only after a missed period. Otherwise, individuals can wait 1-2 weeks after having sex.

Pregnancy is an important phase in a woman’s life that affects the body in several ways. Due to the pregnancy, certain flow of hormones and neurotransmitters can instill some changes that can become signs of pregnancy.

Throughout the pregnancy, other symptoms can be included such as leg swelling, heartburn, urine leakage, and shortness of breath.

Once a woman is pregnant, they can choose among several different tests available that can detect their pregnancy. These tests include blood tests, urine tests, and other forms of examination.

The home pregnancy test was designed to detect a specific hormone that is only present in pregnant women called human chorionic gonadotropin (hCG). This hormone is produced by the cells surrounding a growing embryo. Once the home pregnancy test has been used, the users are then instructed to wait for a few minutes to give the kit enough time to assess the results. Depending on the kit, the results can then either present a plus (positive) or a minus (negative), or one line (positive) or two lines (negative). More advanced tests can have a digital display that can spell out the results.

Gnoth & Johnson (2014) conducted a study evaluating the effectiveness of home pregnancy tests in Germany. The study found three out of nine brands tested did not provide accuracy ratings as stated on their label.

However, hCG presence in the blood is more reliable than a urine sample because laboratory technicians can quantitatively measure the amount of hCG in a woman’s blood sample. Furthermore, the blood test is a more reliable method since it can actually detect hCG presence before hCG can be detected in the urine of a pregnant woman.

At best, a blood test can detect pregnancy as early as 3-4 days after implantation or 10-11 days after fertilization. Blood tests are also highly informative for gynecologists. Having the ability to quantitatively measure the hCG levels in the blood means that gynecologists are able to track the levels through time.

Given hCG levels usually double every two to three days in early pregnancy, the data will provide the physician enough information to monitor the pregnancy for miscarriage, ectopic pregnancy (the fertilized egg implants along the fallopian tube instead of the uterus), as well as the possibility of having twins or more.

Another common user error is not giving the test enough time to evaluate the urine. Overly excited individuals are prone to false negative results due to the lack of time provided for the test. Different home pregnancy tests come with different instructions. While some instruct users to wait 1-5 minutes after urinating on the stick or strip, some can have users wait up to 10 minutes.

Diluted urine can also be a cause for false negatives in home pregnancy tests. Throughout the day, liquids consumed accumulate in the urinary bladder. This means that the best time to take a home pregnancy test is in the morning with the first urination of the day. This is also why urine samples are recommended to be taken first thing in the morning since the hours of sleeping prior have provided enough time for the urine to be concentrated with certain substances that might not be detected when further diluted.

While not being very common, a false positive is a possible outcome. There are not many scenarios for this result to appear, but the common cause for a false positive is an early terminated pregnancy. If the pregnancy is lost right after the fertilized egg attaches to the uterine lining, then enough hCG will already have been produced to be detected by a home pregnancy test.

Other causes that can lead to a false negative or false positive include medication. For example, diuretics can quickly dilute an individual’s urine, causing the hCG levels to be too low for detection – leading toward a false negative. On the other hand, certain medications (e.g., fertility, antipsychotics, anti-anxiety, anticonvulsants, antihistamines, methadone, etc.) can cause false positive readings. 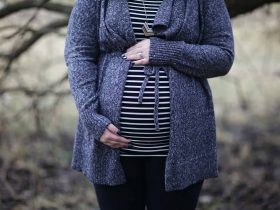 Gastroparesis in Pregnancy: Is it High-Risk? Possible? Genetic? 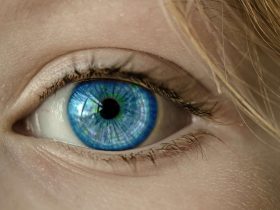 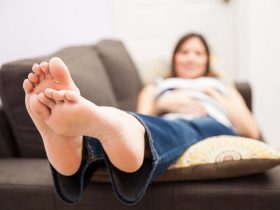 Foot Massaging During Pregnancy: Is it Safe?